A piano is very much like a taco. Wait…what? Well, a piano is very much like a taco in the fact that it is delicate, fragile and has the ability to make you very very happy… until it breaks. You see pianos, much like tacos, simply do not mesh well with the word “broken” in a sentence. Unless, the “broken” in question refers to world records that is! Yes, much like tacos have a whole section of broken world records dedicated to them (true fact, look it up!), so do pianos. Allow us to enlighten you with a whopping 10 world records involving pianos that have all been broken. And if you seek an excuse to avoid learning to play the piano, we encourage you (yes you!) to spend your time trying to break these records instead :).

Note: Flag icon represents the native country of the record breaker, not the location where the record was broken.

1. World’s Fastest Pianist: Most piano key hits in one minute

We imagine young Bence Peter would do really well at that game where you aimlessly click as many times as you can on a red button within a 10-second time frame. The lass was but a teenager when he broke the official Guinness World Record of hitting the most piano keys in one minute, laughing in scorn at the previous record of 669 hits. Today he is a 3rd year Berklee student majoring in film scoring/EPD. And because we know you were wondering, while breaking the record, Peter’s key of choice was C#. You can read about the experience from Bence’s perspective here. And if you want to watch the video and feel inferior in your abilities, click here.

Chuck Norris who? Romuald Koperski, 54, spent a whopping 4 days of his life from the 27-31st of January in 2010 breaking the world record for the longest piano marathon by a single person in history. The event was officially opened by Danuta Walesa, the former Polish First Lady, who we imagine didn’t stay for the whole affair because, you know, four days and all. We know there are questions that inevitably rise from this record such as “how did he… erm… relieve himself?” or “did he eat/sleep/etc…?” Well, apparently, Koperski was allowed a very generous 5-minute break per hour played, which is enough time to do nothing basically. What was Mr. Koperski thinking when he signed on to this feat? Well, in the understatement of the century, “I didn’t think it would be this hard,” he said, three days into the challenge. We tip our hats to you, fine sir. You can read more about the event here, and if you have 4 days to spare, watch here (just kidding, it’s only the last two minutes).

3. Most people playing a piano simultaneously

Question, have you by any chance seen that little youtube video going around of the 5 Walk Off The Earth bandmates all smushed together around a guitar jamming to “Somebody that I Used to Know”? Yeah, that one that has 158,694,806 views? Well to that a group of 16 Royal Northern College of Music students go:

Pffff, I can do better than that.

The scoffing students have a right to scoff, for earlier this year they broke the Guinness World Record for the largest number of people playing the same piano simultaneously, with 16 young musicians jam-packed gathered round the keyboard (that’s 32 hands on the piano keys for us mathematically challenged folks). They performed a five-minute piece composed especially for the occasion.
Previously the world record was held by a group of 15 musicians in Vallouise, France, in June 2004. If you’re curious as to what too many hands look like on a piano, you can watch a measly 12-person simultaneous piano jam session here.

The largest piano ensemble consisted of 555 participants led by conductor Lee Sun-Young at the creatively named ‘555 Fantastic Piano Festival’. The ensemble featured 348 upright pianos, 31 grand pianos and 176 synthesizers. The concert was held to celebrate the city of Incheon winning the right to host the 2014 Asian Games. We could not find any photographical/videographical documentation of this event, so we’ve taken the liberty to imagine for you what it probably looked like:

Nothing to see here, folks. I’m just chilling in my farm next to the 5.7 meter long piano that I built.

Get ready to feel unaccomplished. At the ripe young age of 16, New Zealand Kiwi Adrian Mann decided that the term “grand-piano” was not literal enough. His solution? Build a grand grand-piano! Despite having no formal piano/lumberjack/woodworking/carpenter training, Mann was able to conjure the world’s largest and longest working grand piano, oh yeah, built from scratch entirely by hand. Four years later, he completed his masterpiece and won the world record, just in time to plop the little-credential down on his college applications resume. Watch a news report on his story here.

We feel confident in making the generalization that everyone, experienced in piano or not, have at some point in their lives tried to play all the piano keys in order as fast as possible. Why? Well, we really have no explanation there, it’s just one of those pointless activities that all members of the human species enjoy to do. With that being said, if you’re seeking to break the record for ‘Fastest 88-Key Chromatic Scale on a Keyboard’ (the fancy name for jabbing all the piano keys as fast as you can), imagine how hard that would be considering the entire world population is your competition. Well, one fast-fingered mystery individual has surpassed us all, and his username is Schacht21. On Nov. 26, 2012, Mr. Schacht, as we will call him, uploaded a video to the official www.recordsetter.com showing himself playing the whole scale in descending order in a mind-boggling 5.84 seconds. Blimey! I can’t even type this sentence that fastdskjfhdfsk. To watch the video in live action, click here.

The lucky thing about the whole ‘Fastest 88-Key Chromatic Scale on a Piano’ record is that there are basically two ways you can break it, either by playing the scale in descending or ascending order.  It seems one is harder than the other, because the record for playing the scale in ascending order lags behind the descending order record by a whole 1.11 seconds. Still, we’ll cut the record breaker Hoornaert Nicolas some slack, because apparently, he’s breaking the world record with one hand while filming himself doing it with the other. To see what this looks like (which we’ll compare to a crab scuttling for its life across the sandy beach to escape the vicious eagle claws mere inches above its head), click here.

Gone are your excuses that your fingers are too small to hit the complicated key combinations of fancy musical pieces.  Little Ethan Bortnick was not yet 10 years old when he became the youngest piano player to headline a concert tour by his very own selfie (sorry about that). As part of his tour destinations, the young prodigy headlined a show in Las Vegas, Nevada and shared the stage with some names you might have heard of, such as Elton John and Beyonce. Now, two years after setting the Guinness world record, the sixth grader is hitting the road again for a 22 US city tour titled It’s All About Music, that he described as unpredictable fun. Bortnick started playing the piano at the age of three, after begging his parents for piano lessons. The first song he taught himself to play was on his small toy piano, which he claims was “inconvenient” for playing Beethoven songs. See a news story about the little musical genius here.

We’ll now present you with another record that despite what we encouraged you to do earlier, you can’t break no matter how hard you try, because chances are if you’re reading this you’ve surpassed being a 4-year old. Back in the old-timey year of 1900, little Lolita Val de Cabrera Gainsborg achieved a remarkable feat that many heavily trained professional pianists can only dream of, playing at Carnegie Hall. Not much is known about the event or the little prodigy and there is obviously no photographical evidence we can show you, but we’ll just take it as true because the official Carnegie Hall website confirms it. We imagine it probably looked a little something like this:

“I think I need a higher stool”

If you’ve read our other blog post entitled ‘Odd Places to Find a Piano’, you might have already met the cooky Stefan Aaron. He likes playing the piano and he likes doing unusual things. When merged together, you get Aaron’s ‘Orange Piano Tour’, in which Aaron and his orange piano embark on a worldwide journey around the world and play music in places where likely no one is around to hear. One of his last tour stops was at the top of the Alphubel, the 4206 meter (13800 ft) high mountain in the Swiss Alps. With this world premiere, Stefan Aaron also happened to set a new world record as the one who played piano and sang on the highest altitude. To reach the location, Mr. Orange piano was flown in via helicopter to be placed atop its icy new chilling spot. Watch the pair perform the single “Doing the Undoable” atop the mountain, here.  With a song title like that, good luck trying to break his record, folks. 😉

So readers, which of these records is most impressive? Let us know in the comments below! 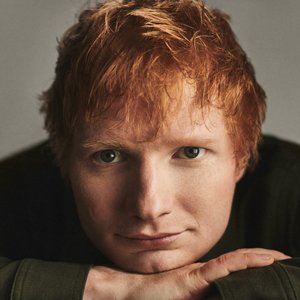 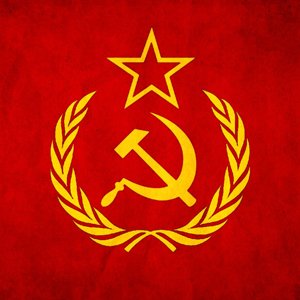 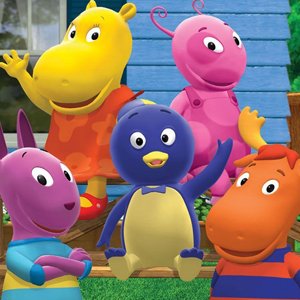